The production and use of fake documents is one of the most important fundaments of organised crime in Europe, according to the 2018 Annual Report of the European Migrant Smuggling Center (EMSC).
Published: 5/8/2019 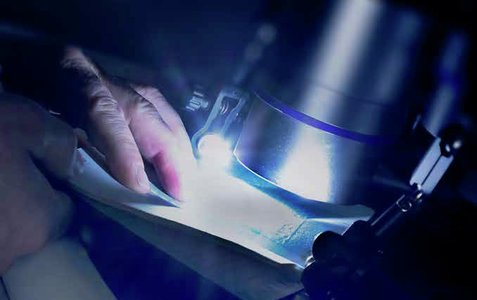 Fake documents is the basis of a large variety of crimes. This includes terrorism, drug trafficking, illegal immigration, human trafficking, benefit fraud, white collar crime and other crime of gain.

The production of fake documents is in itself a major source of income for organised crime groups in Europe. But acccording to EMSC, there is also a wide range of documents that are being produced professionally by crime organisations for their own purposes, to facilitate other crimes.

For organising and carrying out illegal immigration and migrant smuggling there is great demand for fake passports, fake visa and fake Schengen country ID cards. With these, air tickets are bought with fake credit cards, and this enables illegal immigrants to move freely to several European countries once they have succeeded entering the Schengen Area. With fake passport or ID card from one Schengen country a person can be registered and be granted legal residence in another.

Another alternative is to be smuggled directly into one’s target country and start life there with fake national documents that give access to residence, work, education, welfare benefits and other privileges. EMSC gives examples of organised criminals having established fictitious companies in Poland, and then supplied illegal immigrants with letters with job offers from the companies. The migrants will then be granted visa to Poland on false pretences, and this is used as a stepping stone for going on to more attractive Schengen countries, like Germany and UK.

The documents used can either be technically genuione documents used by imposters with looks similar to the real holders’, documents that were originally genuine, but where image or data has been altered, or counterfeit documents, which are imitations of genuine documents, produced from scratch. All these methods can be difficult to uncover, and there is a great need for building competence and good systems for detecting misuse of documents.