Misuse of ID Documents in 2015

The Norwegian ID Centre has observed the latest developments in the misuse of identity documents. Here are some of the results from the 2015 report.
Published: 7/8/2016 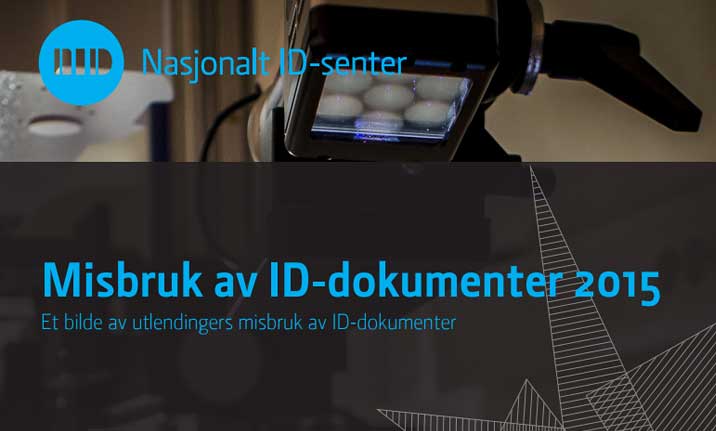 The Norwegian ID Centre has once more examined developments in the misuse of ID documents. The 2015 report has recently been published, giving insight into the Norwegian authorities’ work in identifying foreigners in the country during the years 2012-2015, with special focus on the misuse of documents during this period.

The statistics referred to in the report concern the inspection of ID documents held by foreigners seeking entry into Norway, staying in the country for a shorter or longer period, and those seeking asylum in Norway.

As the graph above shows, there were 767 incidents of misused identity documents in 2015. This represents a slight reduction in comparison to 2014, when the figure was 866. The figure for 2015 is back to the same level as 2013, when 764 cases of misused documents were detected.

Majority of misused documents from Iraq

Iraq tops the list over the most frequent nationalities for misused documents. A total of 227 Iraqi documents were detected. This result is due in part to the Norwegian ID Centre’s decision to prioritize the examination of Iraqi documents in 2015.

In this instance, ‘imposter’ refers to cases where genuine documents are carried by someone other than the person to whom the document was issued. Statistics reveal a decrease in the detection of imposters, from 55 in 2014 to 44 in 2015.

Tip of the iceberg

There are indications that the detected incidents represent only a small fraction of the total number of imposter cases. Most of the misused Swedish documents were carried by imposters, and all of them were caught at Oslo Airport, Gardermoen. This corresponds to the situation in 2014, when over half of the detected cases of misuse of Swedish documents involved imposters. Of the 14 misused Norwegian documents in 2015, only 3 were carried by imposters.