An important part of our work at the Norwegian ID Centre involves training others who need to build up their skills in ID related tasks. Here are some of the highlights from our training programs in 2015.
Published: 5/6/2016 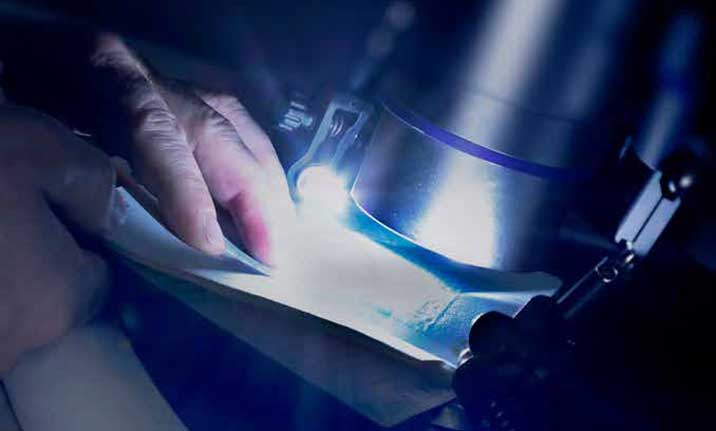 More courses
We have adopted new educational techniques and strategies to ensure the quality of our teaching. Six new ID experts graduated from our training program in 2015, to work with ID examination in the Norwegian police force. Our statistics show that last year, we held a total of 51 training courses for ID inspectors working in the police force, diplomatic service, coast guard and Public Roads Administration. That was an increase of 19 compared to the previous year. These courses had a duration of between 3 to 6 hours.

Training for final year police students
The Norwegian ID Centre also contributes to the training of police students in ID skills.  Last year, many students at the Norwegian Police University College participated in our courses. In Bodø, 117 final year students received tuition while in Stavern, an additional 160 students were given tuition by staff at the Norwegian ID Centre. We also trained tutors in the use of ID equipment, held 2 day courses for students on the Schengen instructor course, gave tuition to prosecution lawyers in laws relating to ID, as well as holding courses in ID work for 30 teachers at the Norwegian Police University College.

We produce teaching materials for our courses, including instruction videos such as how to examine a Syrian passport.

More information:
As a registered user, you have access to our instruction videos and online courses here.

We have also produced information cards for desk personell working in the police. Our brochure 'ID checks on the road, at the desk and on the street' is in demand, and was revised and distributed to a wide audience over the past year.

At the moment, we are currently working on a new textbook which is being developed together with the 'Vett og Viten' publishing house. This will be released in Spring 2016.